If you’re looking for an adventure bike to customize, the Honda NX650 Dominator makes for a compelling argument. It will go anywhere, do anything and last forever, without breaking the bank. Its only downside is its looks—which is why you won’t feel guilty tearing into it.

Brothers Diego and Riki Coppiello are out to make the world a more beautiful place, one custom Dominator at a time. They run North East Custom in northern Italy, and are nuts about classic enduro and rally racing. So although they build a wide variety of custom styles, they especially relish working on adventure bikes. 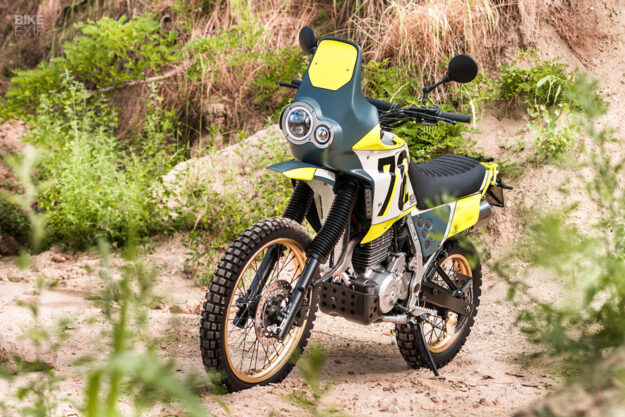 The brothers were approached by a couple of friends that wanted to commission a custom build together. Taking inspiration from retro rally raid machines, North East Custom hauled the Dominator into the shop and got going. 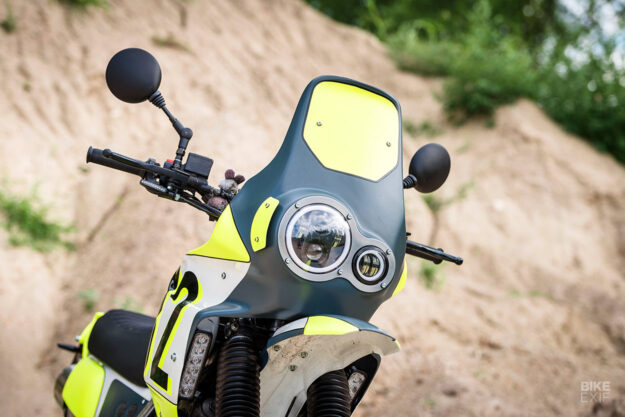 The older Honda fuel tank was a straight swap, but the rally-style fairing was built from scratch, using fiberglass. The two blend flawlessly into each other, giving the build a slick factory-like feel.

A pair of LED headlights sits behind a metal surround; the mismatched sizes are faintly reminiscent of BMW’s iconic R1150GS. There’s more lighting lower down, in the form of LED strips tucked into the fairing’s leading edge. A supermotard fender from UFO finishes off the front end. 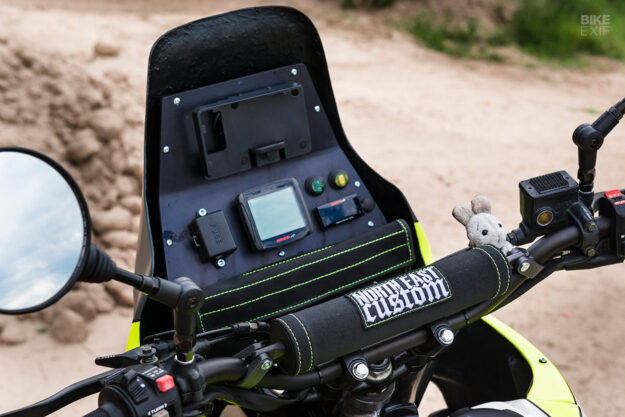 Behind the windshield is a custom dashboard, which plays host to a GPS mount, digital instrumentation from Koso, the light switches, and the fuse box. The custom leather pouch below the dash is a particularly nice touch. It’s the perfect stash spot for sunglasses, earplugs and trail snacks. 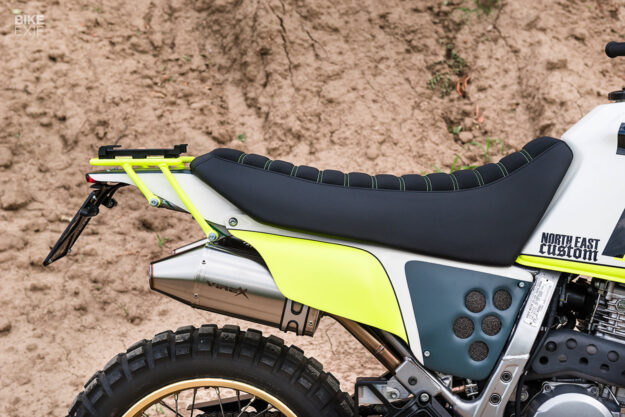 Further back, the stock seat was reshaped with a modern, slimmer profile—without reducing its height. Covered in black leather with a yellow contrasting stitch, it looks more than comfortable enough.

Handmade aluminum side covers perfectly envelop twin Virex silencers, protecting the rider, passenger and any luggage thrown over the saddle from heat. A new fiberglass fender sits out back, with a neat LED taillight tucked below the rear lip. The tail’s finished off with a custom luggage rack, complete with a quick-release bracket for a bag from the Indonesian apparel company, Orbit. 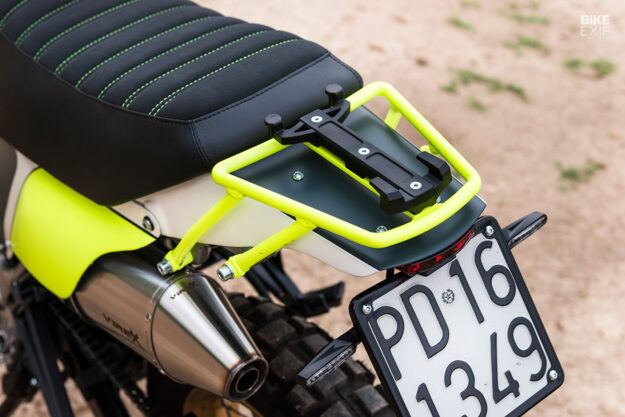 The rest of the bike features minimal (and practical tweaks), starting with a set of grippy off-road foot pegs. North East Custom also refreshed the factory 21F/18R wheels, with new gold rims and Continental TKC80 tires. The forks look brand new too, thanks to a fresh coat of paint and new gaiters. 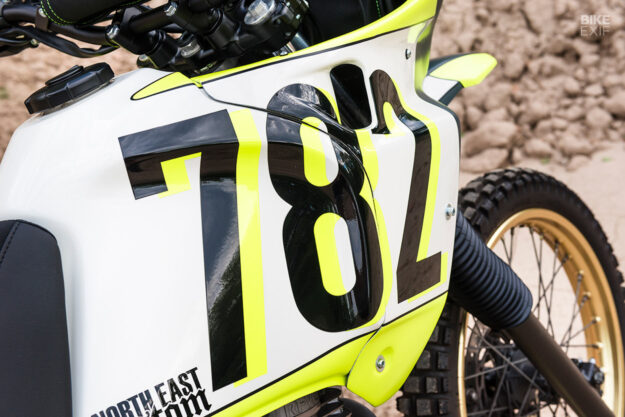 The Dominator’s retina-searing paint scheme was inspired by Husqvarna’s Norden 901, although it’s not a straight rip. The bold colors and retro graphics look right at home on this neo-classic adventure bike, and should pop as much in the woods as they do in the city. Emblazoned on the tank is the number 782—it’s a combination of 1978 and 1982, the new owners’ birth years.

Most adventure bikes are good examples of function over form, but we reckon Diego and Ricki have ticked both boxes here. 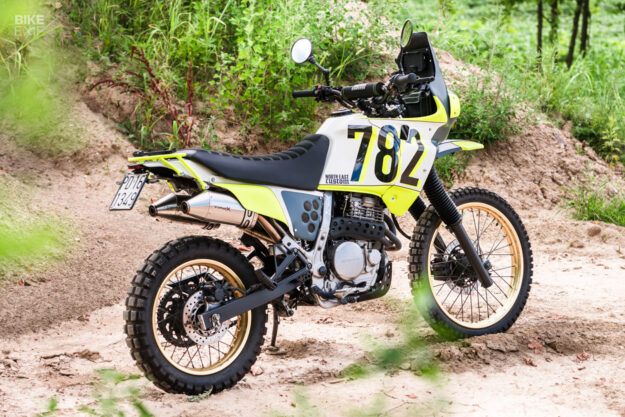 Everything on this Dominator looks like it belongs, almost as if it’s some forgotten rally prototype that was never released. We can see only one problem: with two owners, who gets to ride it first? 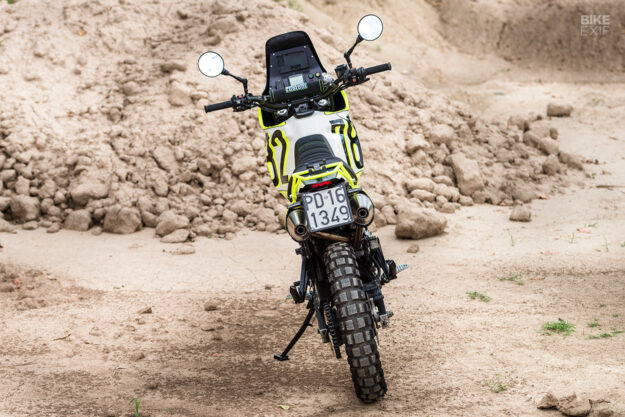