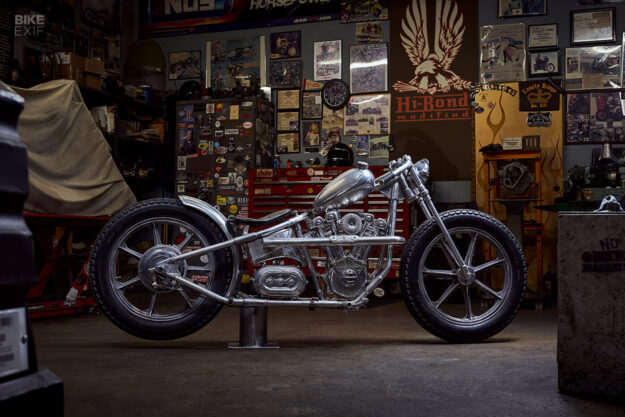 We tend to be afraid of what we don’t understand, shying away from things that are ‘different’ or ‘foreign.’ Even something as lovely as this all-aluminum motorcycle from Enrico de Haas of Germany’s Wannabe-Choppers is hated by some—simply because it has an electric powertrain.

“Sometimes I’m even happy about the bullshit,” says a smiling Ricky, who founded Wannabe-Choppers at 15 with the aim of one day creating a completely scratch-built motorcycle. (Seriously: His shop recently started making grips in order to learn more about rubber manufacturing and use that knowledge to produce tires.) 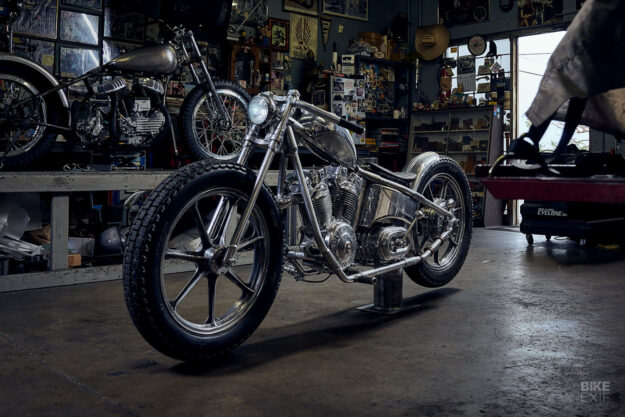 Ricky and his team built this rigid EV for the exclusive European Biker Build-Off. For a decade he’d wanted to build an electric bike, but he didn’t think it would be the right fit for this particular event. Instead, he pursued another idea: creating a bespoke combustion engine and mounting it in a one-off frame.

Soon, though, Ricky realized he didn’t have the time to bring his ambitious vision to life, so he steered back toward the electric bike. “This bike—its stance, the way it looks—is something I had in my mind for a long time,” says Ricky. “It was just something in my head I needed to get out.” 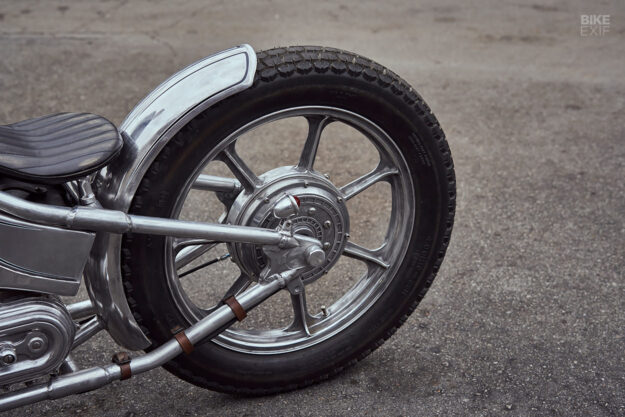 He borrowed a jig and positioned a bare, straight-leg Knucklehead frame on the table next to him, drawing inspiration from it as he tacked up a one-off, all-aluminum frame. He picked up a hub motor from a wrecked electric bike (Ricky refuses to reveal what model) and began piecing together his single-gear motorcycle.

Every day, Ricky and his peers posted their progress on social media, without the slightest whiff of animosity—because they didn’t talk about the bike being electric. “We just said nothing. If we showed our work, they would appreciate it.” 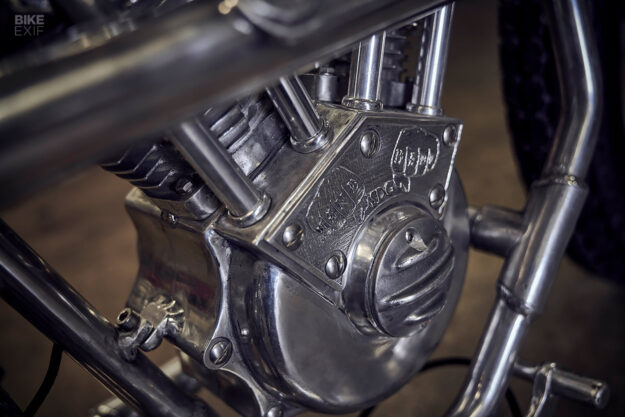 The fact that the Wannabe-Choppers EV had what appeared to be a conventional powertrain put people off its scent. “It was pretty easy to decide which ‘parts’ had to be on the bike,” says Ricky. “Everything that’s on a regular bike. People get offended by the exhaust, but I say, ‘You wouldn’t like the bike if it didn’t have an exhaust.’”

The mock aluminum engine is a detailed blueprint for the bespoke engine Ricky hopes to build one day. The ‘gearbox’ houses the motor’s controller, the battery’s controller, and the converter for the throttle. The jockey shifter is the bike’s on-off switch, and 24 lithium-ion battery cells sit under the solo seat. 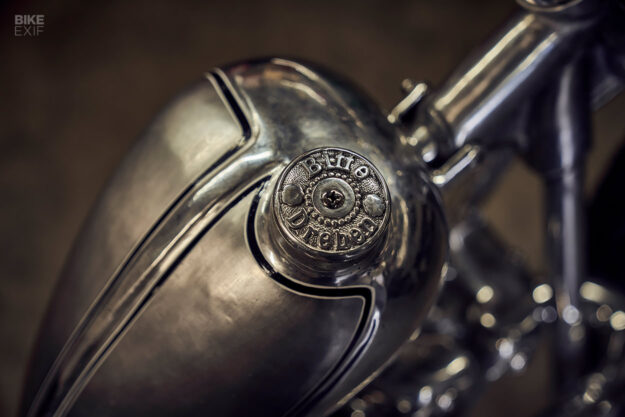 The bike’s ‘void areas’ can be used to house more battery cells for increased range. “Parts are shaped and sized like lithium cells,” says Ricky.

“You can stuff the exhaust, the whole motor, or the gas tank. You could even stuff the frame with batteries if you wanted. They’re empty housings as is, but you can give these parts a technical function.”

As the motorcycle neared completion, Ricky and his team tossed around names like ‘Hidden Power’ and ‘Fake News’ but settled on ‘AlSi9Mg,’ which is the chemical mixture of the cast aluminum parts.

When Wannabe-Choppers rolled into the Build-Off, they expected the audience to hate their creation. “But that didn’t happen,” says Ricky. “They freaked out. They loved it, but their loving it made our opponents hate it. Most of the professionals at the show hated it.” 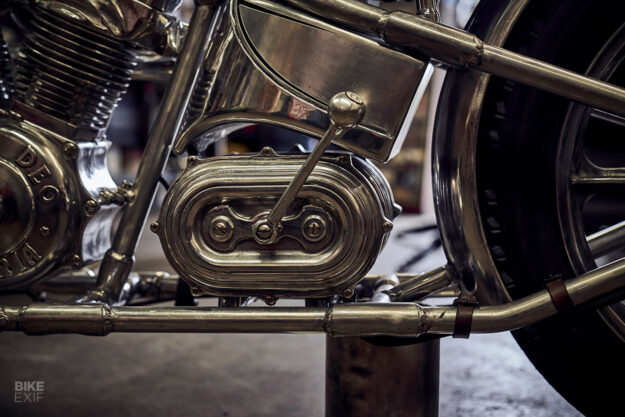 He tells us one journalist said that Ricky’s decision to bring AlSi9Mg to a respected show was like bringing a deep-fried pizza to a master chef competition. Other builders cried to the show’s judges, saying Ricky and his team had built an electric bicycle, not a motorcycle, and shouldn’t be allowed to compete.

Then even more trolls piled on. “We had to ban people from our social media accounts because they were going on with hate speech and bullshit,” says Ricky. “It was just too much.” 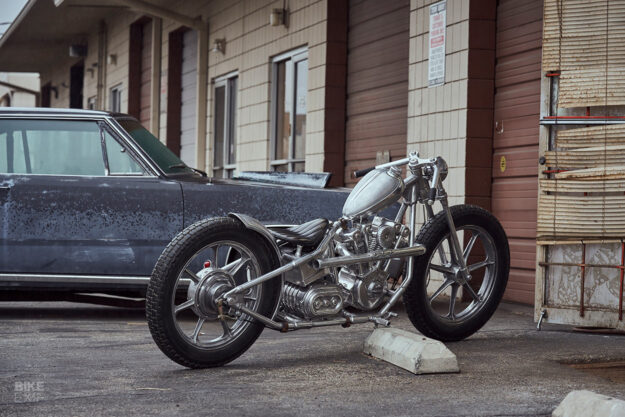 Ricky disassembled the 175-lb motorcycle, packed it into four boxes, checked those as luggage, and flew to America, hoping to meet more enlightened, open-minded motorcyclists on the show circuit.

He did. “People had exactly the reaction we wanted. They said, ‘I’m not into electric, I’ve never thought about electric, but now I see this and, shit, I want to build something like it.’” 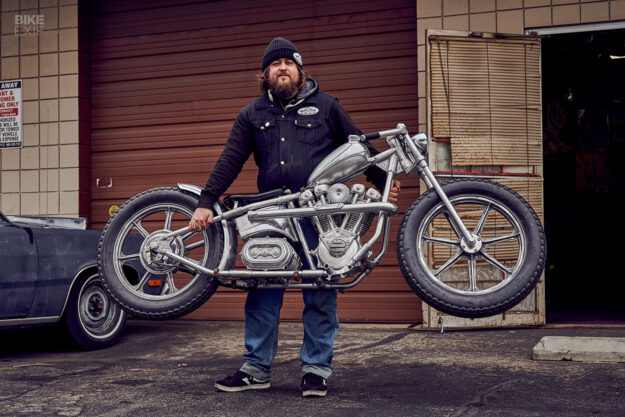 “This is the reaction I wanted to see. I like to see the moment when something changes in people’s minds.” 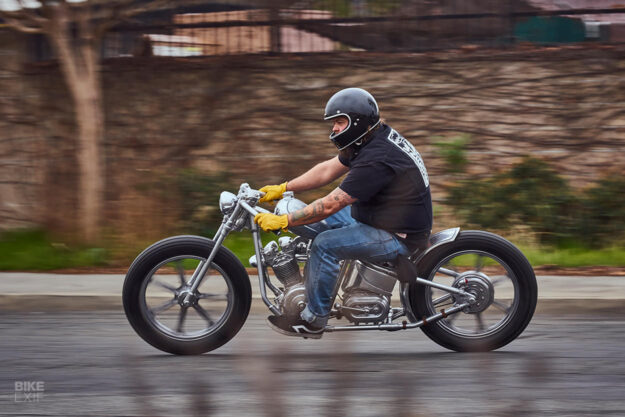